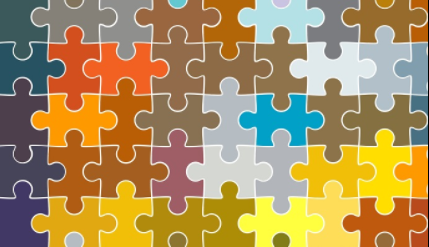 The grant will support the launch of the PRECISIONS (Prospective tReatment EffiCacy in IPF uSing genOtype for Nac Selection) study, which aims to transform the diagnosis and treatment of IPF.

More than 200,000 Americans are living with pulmonary fibrosis, a progressive and deadly lung disease. IPF is the most common form of pulmonary fibrosis, and the condition has no known cause. Symptoms include dry, persistent cough, shortness of breath, and fatigue, and are all similar to indications of other diseases, making IPF difficult to diagnose and treat.

With new technologies, scientists may be able to isolate and analyze patients’ precise genetic and molecular differences. The PRECISIONS study will use this approach to determine whether well-tolerated N-Acetyl-cysteine (NAC) is an effective treatment in a subset of patients with IPF who carry a particular variant.

Additionally, the study will aim to distinguish IPF from non-IPF interstitial lung diseases using unbiased combinations of blood transcriptomics, large-scale molecular analysis of blood samples, and proteomics, an extensive analysis of protein expressions in the body. PRECISIONS will also set out to identify which genetic variants play a role in IPF risk.

“This innovative study highlights the value of a partnership between a broad range of investigators, the PFF, a philanthropic organization (Three Lakes Partners), and the National Heart, Lung, and Blood Institute (NHLBI),” said Dr. Martinez, the overall principal investigator.

“Most importantly, it seeks to provide patients with interstitial lung disease (ILD) access to personalized medicine in which the right medication is used for the right patient.”

Researchers expect the study to set the stage for a wide range of significant future research.

“PRECISIONS has the potential to really change the scientific landscape over how we view IPF and ILDs by providing molecular classifications while determining if a pharmacogenetically driven treatment can change outcomes,” said Dr. Noth, co-principal investigator.

The PRECISIONS team will leverage the PFF Patient Registry and Biorepository, which has enrolled more than 2,000 patients with a diverse range of PF disorders at 42 Care Center Network sites nationwide.

The Registry samples will provide baseline phenotypic data for the study, including disease symptoms and demographic, social, and longitudinal data. More than 1,500 patients in the Registry have consented to be contacted for future research.

PRECISIONS researchers will characterize gene expression and protein biomarkers for the PFF Patient Registry cohort and define these genetic and molecular “signatures” for distinguishing IPF from non-IPF interstitial lung diseases. With this approach, the team can distinguish individual diseases and predict disease course and response to therapy.

“The PFF Patient Registry will serve as an invaluable tool to facilitate more efficient enrollment into the NAC pragmatic trial and to further define the genetic risk factors influencing the development and potential progression of the disease,” said Dr. Gregory Cosgrove, Chief Medical Officer of the PFF. “It will hopefully allow for the identification of important biomarkers to assist in the diagnosis and care of patients with PF.”