In 2014, FDA approved two medications for idiopathic pulmonary fibrosis (IPF) — nintedanib from Boehringer Ingelheim and pirfenidone from Roche (OTCMKTS:RHHBY). “That was a huge success for our community but certainly, it’s the beginning of what we need to be doing for our patients,” said Dr. Joyce Lee, a senior medical advisor for the Pulmonary Fibrosis Foundation, a nonprofit dedicated to supporting research and medical advances related to the treatment of the condition.

Idiopathic pulmonary fibrosis, which is associated with shortness of breath and a significant symptom burden, has no known cause or cure.

But there is reason for hope, according to Lee, who is also a professor of medicine specializing in pulmonary sciences and critical care at the University of Colorado. “There is a lot of investigation to find new therapeutics,” she said.

In the following interview, Dr. Lee shares her perspective on the pulmonary fibrosis research landscape and shares her hopes for treating interstitial lung disease in the future.

How would you describe the clinical trial landscape for idiopathic pulmonary fibrosis? 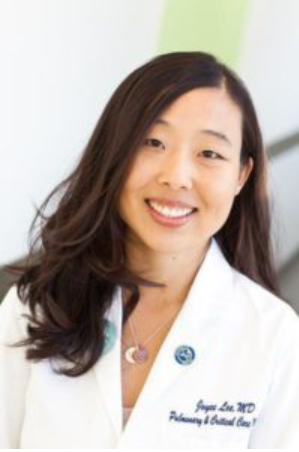 Lee: The clinical trials in the space span a lot of different disease mechanisms. Some trials are looking at different types of dysfunction, such as alveolar epithelial cell dysfunction and immune dysregulation. Others are targeting fibroblast proliferation and other kinds of biologic mechanisms.

There are also a lot of new modes of delivery being explored. It’s not just oral medications that are being studied. Some interventions are intravenous, while others are subcutaneous. There are also inhaled therapeutics.

If we think about the future of IPF treatment, it will probably be a combination therapy based on the diversity in what’s being studied, including tailored therapies. There’s  a PRECISIONS study that’s NIH-supported, looking at genetic risk factors and response to therapy.

A lot of these studies will change how we care for patients down the line.

How have things changed since FDA approved two drugs for pulmonary fibrosis in 2014?

Lee: Until 2014, several clinical trials were largely negative in our space. It was frustrating for sponsors trying to find therapeutics because nothing was sticking.

With the FDA approvals in 2014, there were therapies shown to be effective. I hope that inspired a lot of people to reconsider therapeutics in the IPF space. There have been several promising Phase 2 studies that have led to active Phase 3 clinical trials in IPF.

Now more than ever, there are many opportunities for patients to participate in clinical trials, and the Pulmonary Fibrosis Foundation plays a significant role in supporting those trials. Not only are our industry partners more engaged in this area, but we’re targeting patients and reaching out to patients more than we were 10 years ago.

What has the impact of COVID-19 been for people with pulmonary fibrosis?

Lee: We’re still trying to understand the impact of coronavirus infection in patients with pulmonary fibrosis. Certainly, we worry about the impact of the infection on people who have pre-existing disease. We also don’t know whether coronavirus leads to new forms of fibrosis that are progressive over time.

Could you briefly describe how IPF was treated in the past?

Lee: In the early 2000s, we really refined the diagnosis of IPF. A 2005 New England Journal of Medicine article suggested that prednisone, azathioprine, and N-acetylcysteine should be used to treat patients who have IPF. And that became our standard of care therapy between 2005 and 2010 or so.

Then, in 2012, the PANTHER study results were published in the New England Journal of Medicine that compared the combination of prednisone, azathioprine, and N-acetylcysteine for IPF to placebo. That study was stopped early because there was evidence of increased harm in terms of hospitalization and death in patients who were randomized to standard of care therapy compared to placebo. That made us aware that our standard of care therapy until that point was harming our patients who had the disease. It led to a paradigm shift in terms of treatment.

In 2012, after that publication, we stopped using immunosuppression in patients with IPF. And then, in 2014, thankfully, there was the approval of antifibrotic therapy, and we were able to offer patient treatments again.

What is your work like with the Pulmonary Fibrosis Foundation?

Lee: PFF has been around ever since I was a trainee. PFF’s role has grown tremendously since 2010 — their development of a care center network and registry put them on the map in terms of increasing awareness and advocacy for this rare patient population. I’ve been very impressed with the progress made through the efforts by the PFF, so it was a wonderful opportunity to join a fantastic team.

A lot of people are working very hard to find better therapies. We need patients to participate in clinical trials to find better therapeutics — if not for this generation, then certainly the next. One of the great things that the PFF has done is to increase education and awareness around clinical trial participation, helping patients locate clinical trials and answer relevant questions for patients. With patient participation and collaboration with these industry sponsors and investigators, I think we will impact this disease more than we are now. It will be exciting.

We’re looking forward to patients living longer and better lives with this condition.

What would you like to see in the future for interstitial lung disease patients?

Lee: It’s my hope that we’ll be able to offer early identification. There’s a lot of risk factors for the development of interstitial lung disease. We have families who have several cases of pulmonary fibrosis affecting relatives. Some work that is being done, I hope, in the future will allow us to identify those at risk for developing interstitial lung disease and potentially even secondary prevention. Right now, once a patient has established disease, we rely on tertiary care for the condition. It would be wonderful to prevent the disease progression that we see now.