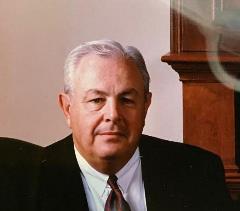 Thomas E. Hales, 83, passed away peacefully surrounded by his wife of 60 years and the love of his life, Alice Marie (Power) Hales, his six children and his grandchildren, on Thursday, October 8, 2020 in Baltimore, Maryland. He was born on October 15, 1936 in North Tarrytown, NY to the late William H. Hales & Phyllis E. Hales. He was also predeceased by his younger brother, William H. Hales, Jr. “Red” on September 25, 1959.

He was well known in Westchester and Rockland Counties and beyond and had a deep sense of commitment to community. Tom never met a stranger and greeted everyone with his famous “million-dollar smile”. Wherever he went he happened upon someone he knew.

Mr. Hales graduated from Iona College (cum laude) in 1958 and obtained a Master’s in Business Administration from Pace University in 1996. He served in the US Army Signal Corp. He was employed by Price Waterhouse & Co from 1958 to 1963 where he became a Certified Public Accountant. Subsequently he founded Thomas E Hales & Co., a regional accounting firm for 17 years, before he sold it to help in turning around businesses for C. Pappas & Co., of Boston, Massachusetts. There he became the CEO of Image Maker, a photo finishing company, and Town & Country Liquors, the second largest wholesaler in Massachusetts. He joined Union State Bank in 1980, making an investment in USB to help the troubled bank. Under his leadership, Union State Bank grew from $23 million in assets to over $3 billion in assets by 2007. During that time, USB became listed on the New York Stock Exchange. USB was sold to KeyBank in 2007 while he was suffering from the debilitating disease of pulmonary fibrosis. The sale was consummated just after he received the gift of life on November 1, 2007 when he underwent a life saving double lung transplant that gave him almost thirteen years of additional life. For him and his family it was our “miracle”.

Mr. & Mrs. Hales were compassionate philanthropists who contributed to numerous organizations. He was committed to community causes. He received the prestigious Ellis Island Medal of Honor in 2003 (which recognizes exceptional humanitarian efforts and outstanding contributions to our nation), the William Cullen Bryant Award from the Westchester Medical Center for distinguished leadership in 2008, the John F. Heimerdinger lifetime of service award from Westchester Medical Center in 2017 the Corporate Citizen Award from the Boys and Girls Clubs of New Rochelle and was honored by numerous other non-profits and community organizations.

He received Westchester County Business Journal’s Business Leader of the Year Award in 2004. He served on the Board of Trustees of Iona College since 1995, New York Medical College, Nyack Hospital, New York State Independent Bankers, New York State Bankers Association, Independent Bankers of America, Kirschman Corp., Friendly Sons of St. Patrick, Leukemia Society of America, Dominican Sisters Family Health Service, Knights of Columbus, and the Westchester County Association. He was a Board Member Emeritus of the Pulmonary Fibrosis Foundation, where he was instrumental in the growth of the organization. He helped establish the Maria Fareri Children’s Hospital and Trauma Center at the Westchester Medical Center in Valhalla, provided major support for the Thomas E. and Alice M. Hales Endoscopy Unit and the Alice Marie and Thomas E. Hales Pediatric Treatment Area of the Emergency Department at Phelps Memorial Hospital Center.

The PFF Walk NYC was started in his honor by his son, Terence Hales who founded and faithfully organized this event which is now in its 14th year and has raised over $1 million dollars for the PFF. As the grateful recipient of a double-lung transplant in 2007, he was also an avid supporter of Donate Life and advocated for opt-out organ donation in New York State.

Forever grateful to University of Maryland Medical Center and specifically his doctors, Aldo T. Iacono and Bartley C. Griffith, he established in perpetuity the Thomas E. and Alice Marie Hales Distinguished Professorship in Transplant Surgery which is held by Bartley P. Griffith, MD. True to form, he became well known around UMMC which he frequented over the last 13 years.  He came to know and love many of the kind, compassionate and inspiring healthcare workers who helped him extend his journey, to which he was eternally thankful. The Hales are ardent supporters for organ donation.

On April 29, 2017 Tom and Alice proudly dedicated an Iona College Residence Hall the “Alice Marie and Thomas E. Hales Hall” or “Hales Hall” through a philanthropic gift to his alma mater.

Tom was admired and loved by all and will be remembered as a person who loved his family, and they loved him. He made the world a better place. He was a fighter who extended his life by almost 13 years post-lung transplant, exceeding all odds. He never gave up.