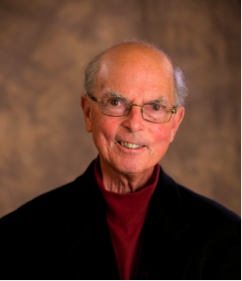 The pulmonary fibrosis community lost a beloved friend, tireless advocate, and visionary leader with the passing of Stephen A. Wald of Indianola, Washington, on May 24.

Friend and former PFF Board chair, Mike Henderson, said, “Steve exemplified giving in all aspects of his life. He was a great family man.”  Wald was also a member of the PF support group in Seattle.

Born in Detroit, Mich., Wald was a chemical engineer who earned his bachelor’s degree in Chemical Engineering and PhD. from Cornell University in Ithaca, NY.

Wald’s inquisitive intellect led him to become an inventor, entrepreneur and successful small businessman in the textile industry.

He was diagnosed with pulmonary fibrosis in 2000 and joined Henderson on the Board of the PFF in 2011. Both Wald and Henderson, along with Dr. Dan Rose, whose family founded the PFF, were instrumental in the development of the Interstitial Lung Disease (ILD) Center at University of Washington, which opened in 2013.

There, Wald established an endowed professorship in the field of ILD in the name of his friend and physician, internationally renowned pulmonary fibrosis expert, Dr. Ganesh Raghu.

“Steve was passionate about finding a cure for this disease,” said Henderson. “He had the vision to see what could be done and he had the persistence to get it done. Perhaps most importantly, he had the wisdom to figure out who could help him get it done.”

Henderson described Wald as highly intellectual and a voracious reader on a broad spectrum of subjects.  He said Wald was someone who liked to think outside the box. One of his favorite pastimes was to develop captions for cartoons in The New Yorker magazine.

Wald will be dearly missed by his wife, Joan, children, grandchildren, and many friends.

Sursum corda was the signature line Wald used in emails. Loosely translated, the Latin phrase means “lift up your heart.”

It is a fitting phrase for a man who raised the spirits of those whose lives he touched.

A memorial service will be held at 1 p.m. on June 23 at the Stone Chapel, Poulsbo Mortuary, 22272 Foss Rd NE, Poulsbo, Washington.